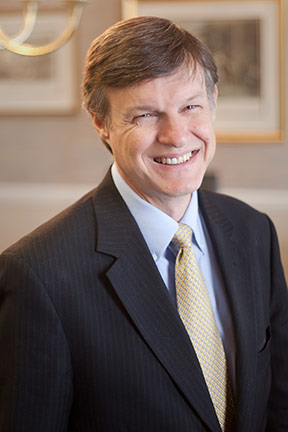 John is admitted to practice before the state courts of South Carolina and North Carolina, the United District Court of South Carolina, the Eastern District of North Carolina, and the Northern District of California. John is also admitted to practice before the U.S. Fourth, Ninth, and Eleventh Circuit Courts of Appeal. John is a fellow of the Riley Institute, a fellow of the American Bar Foundation, and a member of the John Belton O’Neall chapter of the American Inns of Court. John is also a member of the NSBA Council of School Attorneys and the South Carolina Council of School Attorneys.

John is a former member of the Columbia City Council’s Citizen Advisory Committee. His wife is a professor in the English Department at the University of South Carolina. They have two children who attend school in Richland County School District One, as well as a child who is a graduate from the district. John formerly served on the School Improvement Council at Richland One’s Brockman Elementary Montessori School.

Halligan Mahoney & Williams, P.A., is a mid-sized law firm committed to providing high quality, responsive, and cost-efficient legal services. We proudly serve all of South Carolina from our Columbia office next to the State Capitol and South Carolina Supreme Court, but more frequently may be found at work in communities of every size from the Upstate to the Lowcountry and all points … END_OF_DOCUMENT_TOKEN_TO_BE_REPLACED