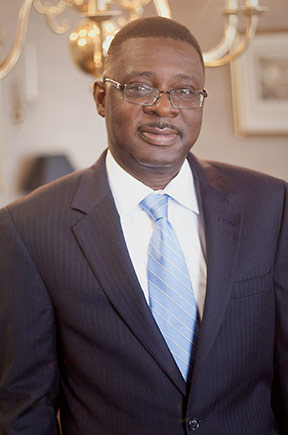 Vernie was admitted to the South Carolina Bar in 1995. He was employed by the Solicitor’s Office for the Third Judicial Circuit from 1995-97. He was initially assigned as an assistant solicitor, then became the multi-jurisdictional task force prosecutor for the Third Judicial Court. While he was assistant solicitor, Vernie prosecuted numerous criminal cases for crimes ranging from property offenses to murder. Vernie is also a member of the NSBA Council of School Attorneys and the South Carolina Council of School Attorneys. Vernie is admitted to practice before the state and federal courts of South Carolina and the Fourth Circuit Court of Appeals.

Vernie works in all areas of school law, with a current emphasis on student discipline, special education, personnel, and all types of litigation.

Vernie has handled numerous student discipline hearings held before hearing officers and/or school boards and provided advice to school districts in addressing the needs of special education students. He has also handled several special education due process hearings. Based on his experience as a prosecutor, Vernie has assisted school districts in many matters involving criminal charges brought against district employees. He has handled teacher dismissal hearings before school boards. Vernie has also successfully defended school districts in jury trials for claims brought on such matters as student assaults. Vernie lectures frequently and provides in-service training for administrators and teachers in many subjects, including employment matters, sexual harassment, student discipline, social networking, special education, and student constitutional issues.

Halligan Mahoney & Williams, P.A., is a mid-sized law firm committed to providing high quality, responsive, and cost-efficient legal services. We proudly serve all of South Carolina from our Columbia office next to the State Capitol and South Carolina Supreme Court, but more frequently may be found at work in communities of every size from the Upstate to the Lowcountry and all points … END_OF_DOCUMENT_TOKEN_TO_BE_REPLACED